Stable Diffusion 2.0 and the Importance of Negative Prompts for Good Results

Negative prompts can be far superior than traditional prompt additions. 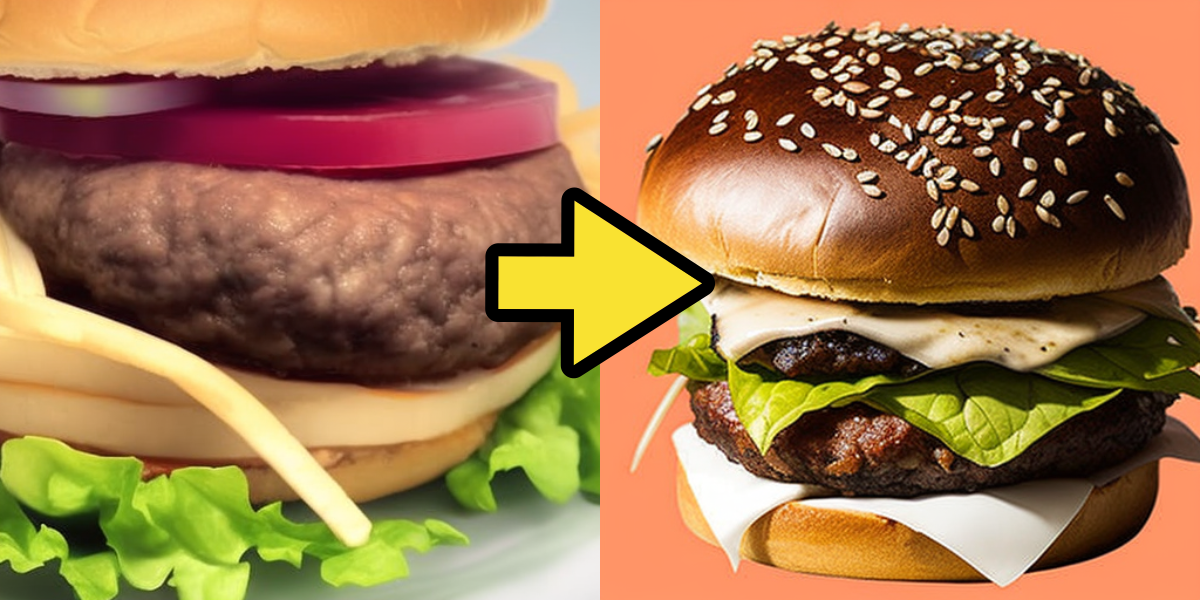 As an unexpected surprise, StabilityAI released Stable Diffusion 2.0 last week, the next major version of the text-to-image AI that has been warping the entire ecosystem. Architecture-wise it’s mostly the same, except with a new text encoder (OpenCLIP instead of OpenAI’s CLIPText). StabilityAI boasts that Stable Diffusion 2.0 has better performance quantitatively, but art in the end is subjective.

Within 24 hours after release, users on Reddit and Twitter noted that the new model performed worse than Stability Diffusion 1.5 with the same exact input prompts and settings. Some users also noticed that putting in the names of real artists such as the infamous Greg Rutkowski had zero effect on the output.

Some point to the fact that the new model was trained on fewer NSFW images as the culprit for these changes, but in my opinion the culprit here is the switch to OpenCLIP. A new text encoder means some of the assumptions and prompt hacks for earlier versions of Stable Diffusion may no longer work. On the other hand, it may enable new prompt hacks. The CEO of StabilityAI Emad Mostaque mentioned that negative prompts should work better due to the way the model was trained. It’s still theory though; practice and experimentation is always better.

An Introduction to Negative Prompting

All generated images in this blog post are generated by Stable Diffusion v2.0 base (via diffusers) with a classifier-free guidance of 7.5, the Euler Ancestral scheduler, with 50 denoising steps.

Analogous with normal text-to-image prompting, negative prompting indicates which terms you do not want to see in the resulting image. At a technical level for Stable Diffusion, the encoded negative prompt serves as an high-dimension anchor the diffusion process strays away from.

Let’s test it out with Stable Diffusion 2.0. For example, let’s go back to my VQGAN + CLIP prompts and try cyberpunk forest by Salvador Dali.

What if you wanted to remove things like trees and/or a certain color like green? That’s what you’d put in your negative prompt. Can Stable Diffusion 2.0 adjust?

Indeed it does, with a larger dose of surrealistic cyberpunk, but it is still a forest albeit more metaphorical.

One popular trick is to also include more abstract bad-image concepts like blurry and pixelated in order to theoretically improve the image. But are these negative prompts better than the prompt additional “ingredients” like 4k hd and trending on artstation like CLIPText-based text-to-image AI before it? How do negative prompts interact with those positive prompt additions? Let’s test this further and more empirically.

In The Style of Wrong

As a quick aside, textual inversion, a technique which allows the text encoder to learn a specific object or style that can be trivially invoked in a prompt, does work with Stable Diffusion 2.0, although since the text encoder is different (and larger, with 1024D embeddings instead of 768D), each textual inversion embedding has to be retrained but otherwise behaves the same way. One popular style in SD 1.X is the “Midjourney” style located here, which has a overly-fantasy aesthetic. I’ve trained a new version of the <midjourney> token (available here).

Additionally, there’s a new possibility of using textual inversion for negative prompts. Redditor Nerfgun3 trained a “negative embedding” for SD 1.X by generating a dataset of synthetic images by using common negative prompts as positive prompts instead, then training a textual inversion embedding on them. I reproduced that process with a few tweaks to improve the synthetic dataset and trained a new <wrong> token (available here).

For example, one test input to Stable Diffusion 2.0 could be a prompt of cyberpunk forest by Salvador Dali, in the style of <midjourney> and a negative prompt of in the style of <wrong>, corresponding a green <TOKEN> prompt label and a red <TOKEN> label respectively.

The two prompt additions each changed the style; the base prompt did a cartoon; the realistic prompt addition made it more of a 3D render, and the Midjourney token made it an artsy approach. However, when negative prompts are added, each image becomes more clear, with less blurriness, more neutral lighting, and greater skin detail. More notably, the <wrong> token did much better than the smaller negative prompt.

How about an image generation classic: the famous avocado armchair which was demoed with the original DALL-E?

Here’s where things get interesting; the positive text prompt addition ruins the intent of the original prompt completely, and again the negative prompts each refine the corresponding image with more detail (including the whole avocado!)

Now that we have good demos, let’s go back to Dali’s cyberpunk forest:

Can negative prompts help create yummy AI-generated food like DALL-E 2 can? Let’s see if it can make a hamburger:

This one is a pretty unambigious case of negative prompts helping out the final result; the output using both tokens is pretty close to DALL-E 2 quality!

There’s a surprising amount of evil robot variety despite the fixed latent inputs, and the layouts of the newspaper are very accurate to the NYT. The especially weird negative-prompt-text-only image is an example of a surprisingly rare mode collapse, which is interesting (or it’s Stable Diffusion hiding something). Although the robot from the original prompt is clearly the most evil.

So both the positive prompt addition types make the initial output unambigiously worse, which is a surprise. But the negative prompts fix them, and again, give President Tay a nice wardrobe varity. It’s worth noting that Stable Diffusion 2.0 is better at generating correct hands than SD 1.X…just don’t look at them too closely.

Lastly, we can’t forget about Ugly Sonic, the initial hedgehog from the Sonic Movie who was the subject of my previous Stable Diffusion blog post. I received many complaints that the AI-generated Ugly Sonic wasn’t really Ugly Sonic because the generated Ugly Sonics didn’t have human teeth! Time to fix that!

In this case, the negative prompts ruined Ugly Sonic because they progressively remove his human teeth!

As always with AI art, your mileage will vary, but negative prompting will be a much more important tool going forward in AI Image generation and anchoring on prompt engineering strategies that worked in the past is a mistake. It also provides a good opportunity to stop using living artists as a prompt engineering crutch since that may not be possible moving forward, which is a good thing for the industry (especially given legal uncertainty!).

All my code used to generate the images for this article are available in this GitHub repository, including a Colab Notebook for general generation with the <wrong> token and a Colab Notebook for the 3x3 labeled grid images, with easily tweakable prompt inputs if you want to run your own experiments.

It would be interesting to see if it’s possible to finetune Stable Diffusion 2.0 such that it gains an “intrinsic” negative prompt without having to manually specify it…which might be happening sooner than you think. 😉

Disclosure: I am neither an artist nor an expert in art theory. All my comments on what are “good” AI art generations are my own (likely bad) opinions.

If you liked this post, I have set up a Patreon to fund my machine learning/deep learning/software/hardware needs for my future crazy yet cool projects, and any monetary contributions to the Patreon are appreciated and will be put to good creative use.
Stable Diffusion Image Generation Textual Inversion Ugly Sonic Humor